Fire season is a marathon. BC Wildfire crews regularly work 12-16 hour days, typically in stints of 14 consecutive days. We come home exhausted. For me, a healthy approach to days off is essential to managing mental well being. In order to stave off irritability and abrasiveness, I need to replenish my connection to the places I work to protect. I need to reset.

I’m part of an Initial Attack crew in the Pemberton Fire Zone, which means I spend most of my season responding to new starts in the Sea-to-Sky area. This season started quickly– by the end of May I’d been on fires that behaved like mid-July blazes. The Xusum Creek Fire at Anderson Lake, late in May, was particularly active. Driven by wind, slope, and dry fuels, the fire grew to 500 hectares in less than a week. My crew helped to establish a control line that protected the community of McGillivray, working a 34-hour shift. It set a stern tone for the summer, and threw us into fire season with very little time to shake off winter cobwebs.

In the early season, when my energy is high, I spend my days off exploring the same areas where I fight fire, the wilderness near my home in Pemberton. I thrive on the energy I feel in the backcountry, and experiencing the forest on my own terms restores my passion for firefighting. With my rest days following the Xusum Creek Fire, I visited the Paradise Valley, near Squamish. I camped under a gorgeous cottonwood tree, and felt the ice-cold flows of the Cheakamus River. I took in the stunning greens of the forest and marveled at the flora. After the reset, June brought lightning, which started new fires. I felt connected as my crew responded, appreciative as I immersed myself in the work.

By the last days of August, fire season is in its apex. Both this year and last, the month ended with record-breaking areas of BC’s forests burned, and the province in a state of emergency. This year, as September drew near, my crew was finishing a deployment to northern Vancouver Island. Following a significant lightning storm, the island was littered with fires. Our deployment was action-packed. We worked long days cutting a fuel break through dense, overhead salal, and were fortunate enough to see our efforts rewarded with full containment of our fire. On arriving home, we were completely spent.

As fall approaches, I’m far too tired to spend days off seeking backcountry adventures– what I need is rest. But I’ve learned that rest and renewal are distinct, that the latter isn’t found on the couch. At the Scandinave Spa, I’ve found a place where rest rejuvenates, where I can connect with my home wilderness while healing my body and mind. I spent two days at the spa after Vancouver Island, working through the tensions of my summer through the cycle of hot, cold, relax. The spruce and cedar surrounding the spa waved gently as light winds signaled fall, and thoughts of fire season drifted in and out. I fell asleep both days, and woke seamlessly from dreams. 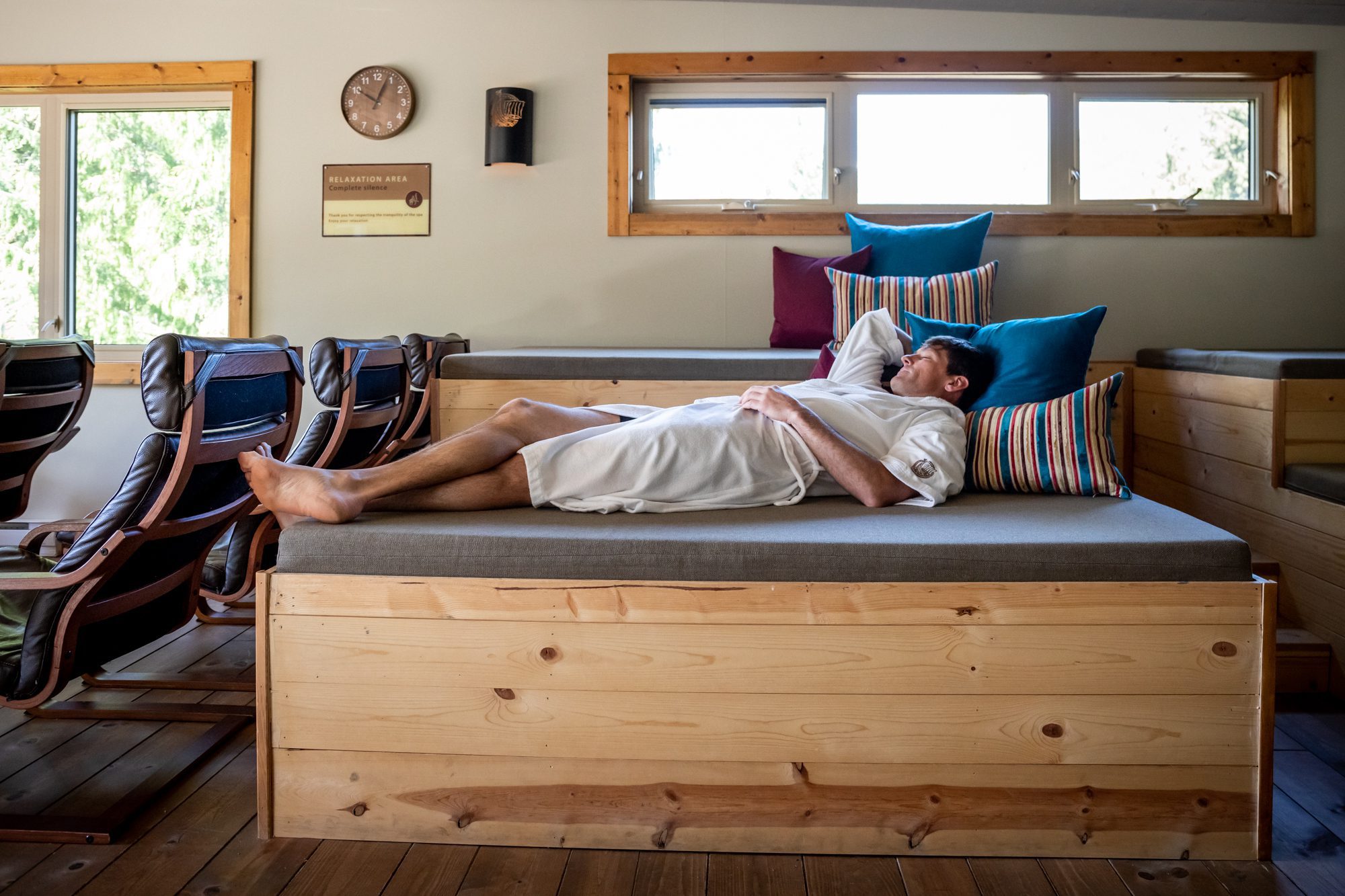 I felt loose and ready returning to work. There was a fire my first day back. Back to it, back into the rhythm. Reset, and move again.